The history of cocoa

Spain brought the cocoa to the old Continent

Cocoa, the prime ingredient from which chocolate is extracted, became known in Europe after Christopher Columbus’ fourth voyage to the Americas. It was the admiral’s own son, Hernando, who noticed that on the island of Guanaja in Honduras, they carried ‘many almonds which they used as currency in New Spain … it seemed that they gave great importance to them because I noticed that when some of these almonds fell off the tree, they all tried to pick them up as if they had lost one of their own eyes’.

Even though theystill didn’t know what these almonds were really called, or what they were used for or what their origin was, the Spaniards realized that that species of bean was of great value and decided to call them ‘amigdala pecuniaria’ which means ‘money almond’.

The real value of that fruit came into its own in the year 1519. Hernán Cortés wrote several letters to the emperor Charles V V and in them gave the monarch his impressions of Moctezuma’s Aztec court and how they grew cocoa there. 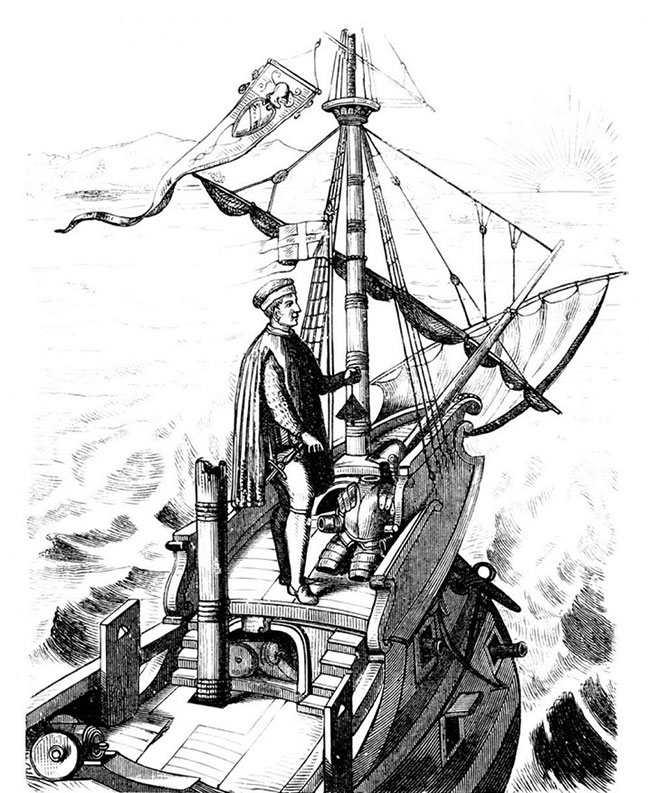 At that time, the price of chocolate was very high. That fact made it an exclusive delicacy, only within the reach of nobles and the rich who traded in exotic products.

The Spanish royal family was the first to taste and enjoy chocolate. The first cocoa beans were given to Charles V in the year 1528. From that date on, the viceroys of the New Continent sent regular shipments of chocolate which had already been processed and all that was needed was for water to be added.

Philip II, III and IV were all real chocolate lovers. Charles II was dubbed a ‘chocoholic’ as were the Bourbons.

Chocolate was always present in Charles III’s breakfasts and his biography said the following about his love for chocolate: ‘When he had consumed the froth, a confectioner entered on tiptoe with the chocolate-pot and, as if he were coming to do something illegal, filled his bowl again’.

Chocolate was a symbol of ostentation and exclusivity. Thanks to the Spanish princesses Ana and María Teresa of Austria, the wives of the French kings Louis XIII and Louis XIV respectively, chocolate made its entry into Paris. And from there, it spread into many other European countries.

It didn’t take long for chocolate to become a national delicacy. The Church also helped in this transformation especially the Jesuit, Cistercian and Franciscan orders.

These orders exported from South America the recipe for making chocolate and it was first divulged in Spain and after, through the Spanish colonies that the Kingdom of Spain had in the Philippines as well as in Africa. 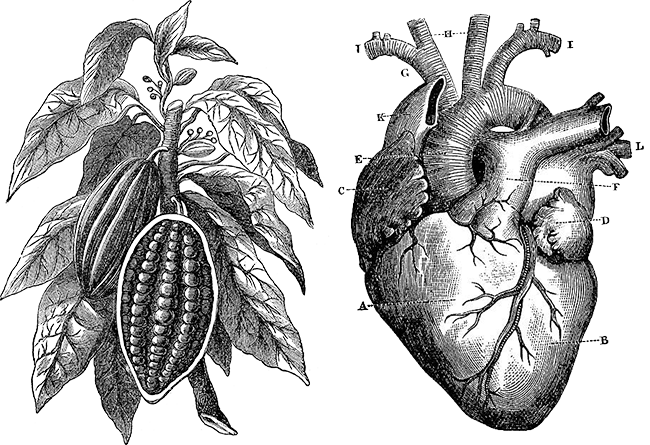 A nutritious and medicinal foodstuff

At the outset, chocolate was taken as medicine or more to the point, as an envigorating elixir. This is due to its theobromine content.

This product is an alkaloid which very gently stimulates the nervous system but with a longer-lasting effect than that of caffeine. Theobromine is also a compound which has a vasodilatory effect and boosts heart function.

In 1755, it was said that chocolate had a soothing effect on the chest and stomach. It also helped one to warm up. It was a magnificent foodstuff and eliminated the so-called evil humours of that period. It also helped raise spirits and to increase vocal strength.

Flavour and a nutritious foodstuff. That is what chocolate was and still is.

But apart from that, it also meant new social rituals in Spain.

With the introduction of chocolate, the population started to have breakfast even though this was a meal of very little importance. But it started to become one of the main ones and was given as much importance as lunch or dinner. And for that reason, we can say that chocolate was a precursor of our Mediterranean Diet.

It wasn’t missing mid-afternoon either. ‘Tea-time’ was introduced as yet another excuse to have chocolate. In this way, we can compare it to British tea. And that’s how the Spanish started to have something to eat five times a day.

In 1644, the sale of chocolate to the public was banned. It became obligatory to make it and drink it at home.

In the National History Archives, at the end of the XVII century, there is a document which says: ‘ Chocolate and its sweet form have been introduced in such a way that it is difficult to find a street without one, two or three stalls where it is made and sold; and on top of that, there isn’t a confectioner’s or any other type of shop in Calle de Posta or the Calle Mayor or other streets, where it isn’t sold and all that’s missing now is for the same to happen in oil and vinegar shops.

Then there were the foreign visitors who spoke highly of Spanish chocolate. One of them was the second president of the United States of America, John Adams. He visited Spain in the year 1779. When he had it for breakfast, he noted in his diary that ‘there was no doubt that it deserved the fame which it had acquired all over the world. He had no idea that something with that appearance and that name could be so delicious and healthy’.

We’re now in the XIX century, which brought a crisis to the chocolate sector due to the loss of the Spanish colonies. Nevertheless, it continued to be one of the favourite foodstuffs in Spain and remained a must in breakfasts and afternoon teas. Chocolate was consumed on a daily basis in all Spanish homes, both rich and more modest. In poorer households, its was pre-mixed with flour. In the homes of nobles and the rich, it was eaten in the purest state possible, maintaining all of its properties.

Alfonso XII was another real lover of this breakfast so typically Spanish at that time. He much preferred it to coffee or tea. According to his cook, José de Castro y Serrano, he loved to spread chocolate on his bread or sponge cake and ‘if during a meal, he was served chocolate instead of fruit punch, he would drink it absent-mindedly without noticing anything out of place’.

And even in 1920, Spain continued to be the world’s number one consumer of chocolate. The main source of cocoa was the French colony of Fernando Póo. But then the terrible moment of the Civil War arrived. And with it rationing. And the producers couldn’t obtain the basic ingredients either.

During the 1950s, 60s and 70s chocolate made its big comeback and it was very typical to have bread, oil, chocolate and salt for breakfast or in the afternoon.

Traditional recipes without preserving agents or additives were substituted mainly due to the appearance on the market of factory produced confectionary.

The millenial tree of peace and knowledge, the olive, has been adopted by the human race as the source of food and wealth for thousands of years.

The history of this small but long-living tree which, in an incredible show of generosity, gives us its best fruit, olives, sinks its roots in time as far back as the very origin of agriculture in the first Mediterranean civilizations and the Middle East. 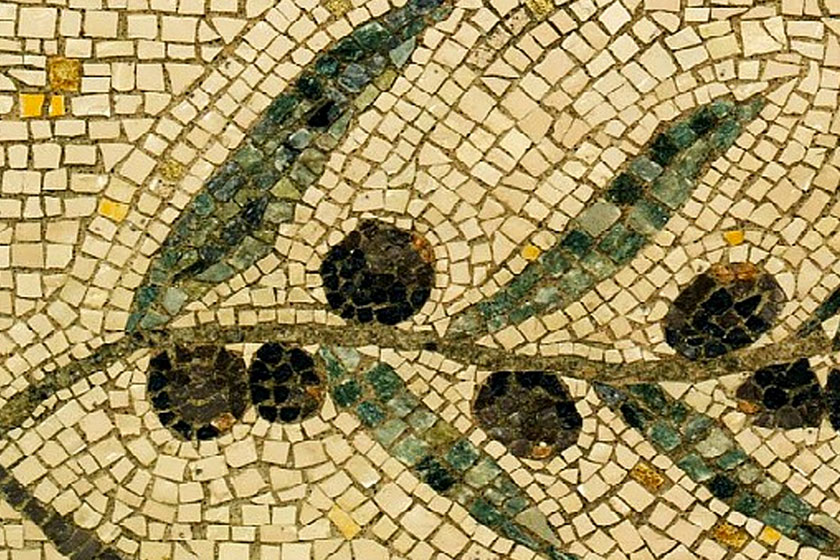 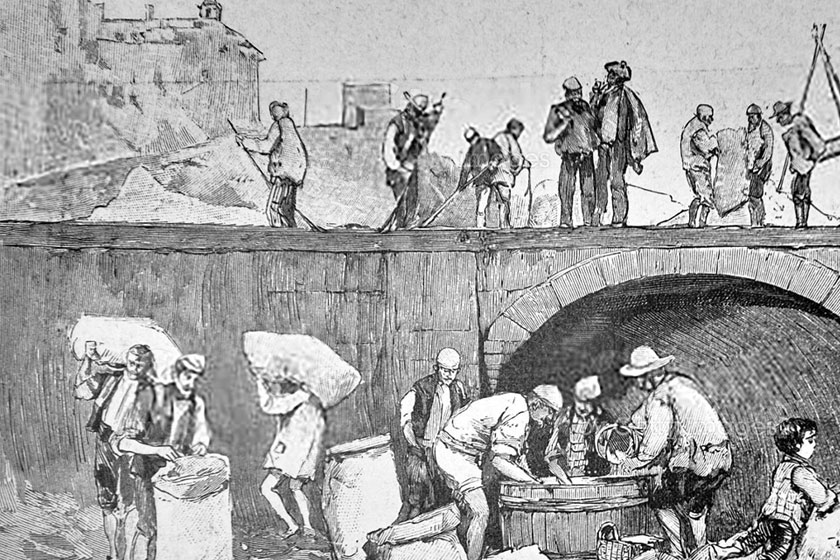 For thousands of years, salt represented wealth. Besides, it was used as a means of preserving, fundamental for the conservation of food, preventing bacteria from developing and reproducing.

Roman soldiers were paid in salt (hence the word salary). It was even used as a form of payment.

Salt is the only rock edible for humans.